Our game is Race Against Time (RAT). What I did for our project is write the whole game mechanics. I asked our group for some ideas in our WhatsApp group and designed the game after I suggested classical Role-playing game(RPG) themes like the different monsters. Katrina suggested moving up and down the board using the odd and even number of the dice while our other two groupmates were content with how we were progressing. I took some inspiration from J. R. R. Tolkien’s Lord of the Rings for the game design. And as I was starting to play in a Dungeons and Dragon’s campaign, the dice-rolling aspect and monster types also provided me with inspiration on how to proceed.

I tried to allocate roles in the group since everyone needed to contribute. I suggested our group members work on the illustrations or design aspect: Cards(monsters and symbols) and the board(map and terrain of the game).

The game has a level-up progression which can also go down. I have played lots of video games with a progression system, so maybe I got some ideas from there. I decided that being able to battle with other players to lose levels could make the game more fun than just levelling up with no obstacles.

I also decided to add more spice to the game. Cards with more game-breaking value will become rarer. I decided to reduce the number of protection cards to make the game less defensive and encourage a free-flow offence.

I will try to encourage my group members to contribute further by defining roles better. They may not be comfortable with designing. So I will ease their pressure and give them easier cards to design (action/event cards) and the map(terrain). I will also give them suggestions to make their work easier. I am happy about Katrina’s work in the monster designs. I explained that they don’t have to be professional-looking, and a rough sketch should be enough. But she blew her task out of the park by overperforming. I appreciate her effort. 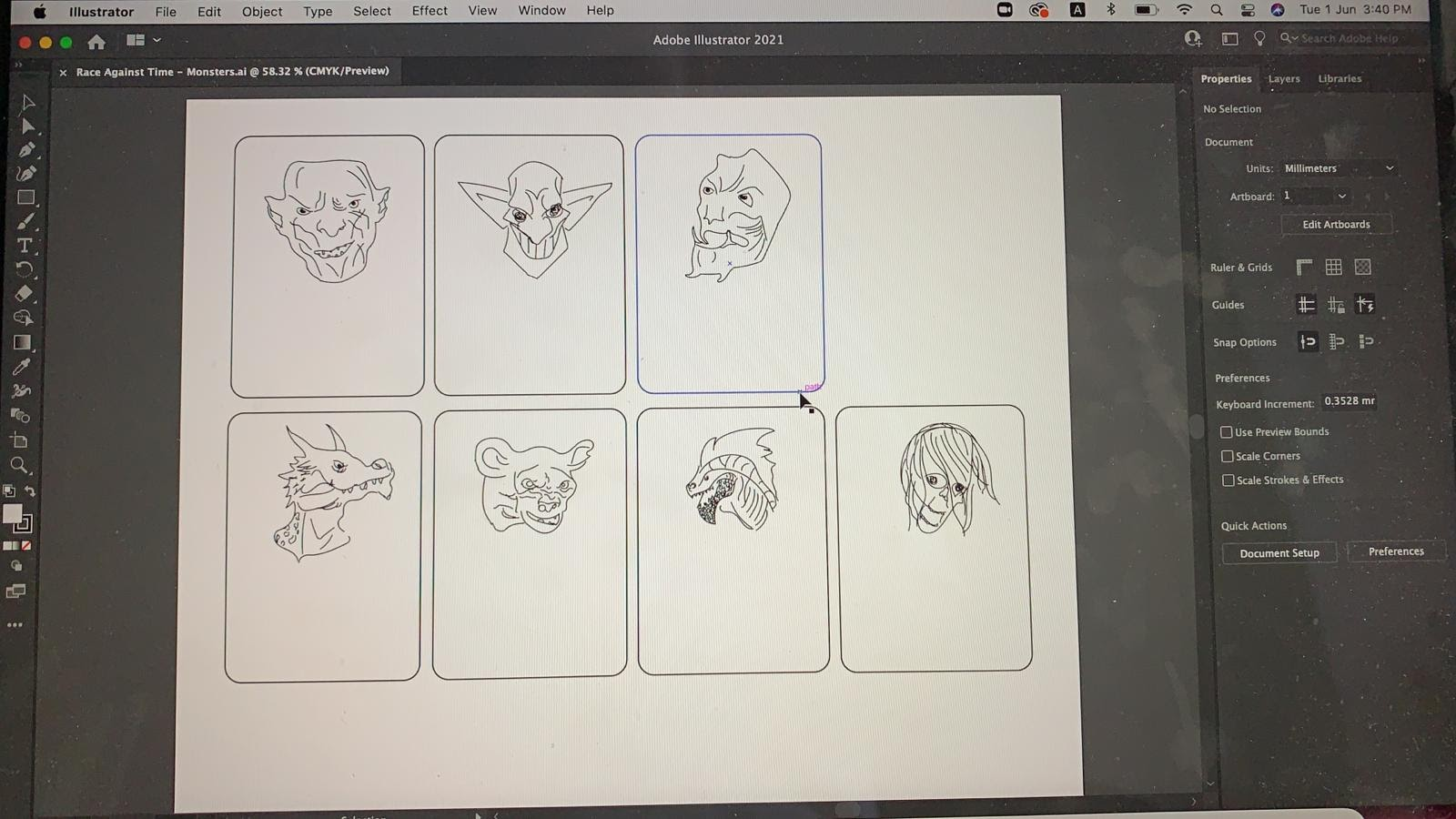 Here are her sketches

There are many rules to the game. Therefore, I think it will be simpler for me to post the rules as a separate blog. The rules are basic and easy to comprehend. But complex enough to keep people engaged as I was thinking of an easy to get into, hard to master formula. But for now, the game will mostly be luck-based. So I am planning to make some adjustments to introduced more skill-based elements in the game.

Here are the rules about our game(subjected to be changed in the future):